"I don’t know what we did,” said an excited Magoo Laprida following his team’s 10-8 win over Lechuza Caracas in the finals of the 2012 Nespresso United States Open Championships at the International Polo club in Wellington Sunday afternoon. “I’m not sure how we did it,” he grinned, but we won.” 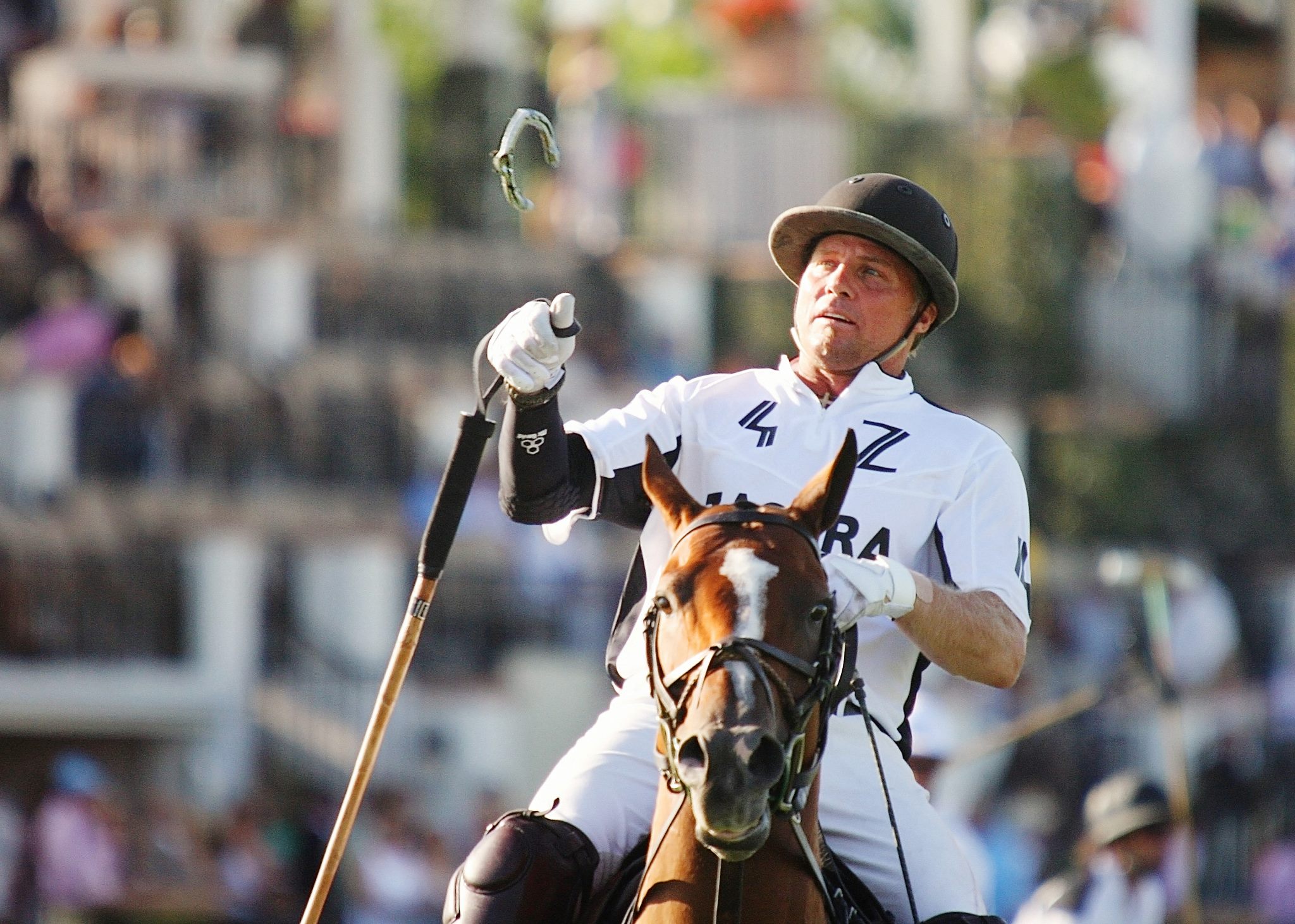 Zacara 10-goaler Facundo Pieres scored the first goal of the game in the opening thirty seconds of play on a 90 yard shot through the goalposts.  Lechuza Caracas tied it up on a goal from Juan Martin Nero just minutes later and teammate Sapo Caset gave Lechuza Caracas a 2-1 advantage to close out the scoring in the first chukker.

Pieres tied it up at 2-2 just two minutes into the second chukker but a penalty goal from Caset just a minute later gave the lead back to Lechuza Caracas, 3-2.  Lechuza Caracas was pressing to score, with Nero charging in on the goal, but a last second miscue left the ball on the doormat of the Zacara goal.  Mike Azzaro scooped up the ball and carried it the length of the field to score for Zacara, 3-3.  Lechuza Caracas took control of the ensuing throw-in driving it the direction of the Zacara goal.  Team captain Victor Vargas put it through for the go-ahead goal with 24 seconds on the clock.  The period ended with Zacara trailing, 4-3.

“We had no space (on the field) in the beginning,” said Laprida.  “We had no room in which to operate.  In the third chukker it began to open up a bit and we got our game going,” he said.

Azzaro jumped a Lechuza Caracas player in their end of the field and rode down to score a tying goal, 4-4.  Two minutes later Azzaro took advantage of field position once again to give Zacara a 5-4 lead that they would take into halftime with them.

“He (Azzaro) played a great game today,” said Pieres.  He was a brilliant Back and came through at the appropriate times to carry the ball and score.”

Pieres had been the scoring dynamo for the Zacara team, averaging 8½ goals a game through Open play, but the Lechuza defense wasn’t about to let him get going in the finals.

Nero took control of the ball just two minutes into the second half and carried it through the Lechuza Caracas goal for a 5-5 tie, but that was when Zacara took over.  Pieres converted a 40-yard penalty shot for a goal, 6-5, but the Lechuza Caracas defense shut them down until the final two minutes of the chukker.  Azzaro broke loose once again to score his fourth goal of the game and give Zacara a 7-5 lead.  With less than a minute to play, Magoo Laprida found himself on the scoring end of a Pieres pass and Zacara left the field at the end of the fourth period with a three goal, 8-5 lead.

A determined Lechuza Caracas team took the field in the fifth, shutting down the Zacara attack and picking up a pair of goals of its own from Caset.  After five chukkers of play, Lechuza Caracas trailed Zacara by a single goal, 8-7.

Laprida gave Zacara a two goals lead with his second goal of the day to open the sixth, and two minutes later Zacara’s team captain, Lyndon Lea, drove the ball through the Lechuza Caracas goalposts to put Zacara ahead by three goals, 10-7.  Lechuza Caracas tried to fight their way back into the game with Caset converting a 40-yard penalty goal, 10-8.  Minutes later Lechuza Caracas was pounding on the door with a shot on goal hitting the Zacara goal posts before being cleared by Azzaro and company.  Zacara took control of the remaining minutes of the game as the clock ran out on a struggling Lechuza Caracas foursome.

“They just played better than we did today,” said Vargas after the match, “especially in the fifth and sixth chukkers.”

“They’re a very good team,” said a bewildered Juan Martin Nero, “but I don’t really know what happened today.  We missed a couple of goals, and you just can’t do that against a team like that.”

Lechuza Caracas wasn’t the only team that missed goals, Pieres missed a penalty shot in the first and another in the sixth, or it might not have been that close.

Caset led all scoring with five goals (two on penalty shots).  Nero scored twice and Vargas added a goal from the field.

Azzaro scored four times to lead the Zacara effort, and was named MVP for his efforts.  Pieres scored three goals (one on a penalty shot).  Laprida added a pair of goals and Lea scored once in the win.

“It was a wonderful, hard-fought beautiful win,” said “America’s Most Wanted TV host and polo player, John Walsh, “and for me personally to see my friend Mike Azzaro play so well and to win MVP honors was so special.”  It was a good day for polo,” he added.

The Open win ties Azzaro with Adolfo Cambiaso for the most wins of any active player with 6 victories, and may not be his last.

“It’s all about getting ready and peaking at the fright time,” Azzaro offered.  “I have been fortunate enough to have been in situations like this before, and having that experience helped me prepare to peak at just the right moment.”