Here's a great old poem It shows how we are all just as enthusiastic about our sport regardless of whether we live in the Antipodes, The Argentine, China or right in the thick of it at Smiths Lawn, Cowdray, Florida,  Palermo or Last Century Like Banjo Did!

Great site by the way keep up the good work kids. 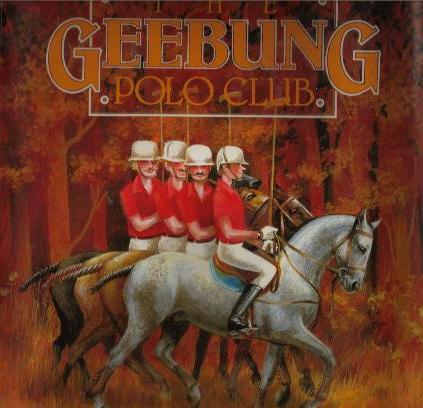 Illustration by Ninon Phillips click to through to Illustrated Book Site

What Banjo Paterson wrote about the high country was among his best work...

The Geebung Polo Club, for example, was based on the Cooma Polo Club for which he appears to have played. Its players were "demons with mighty little science and a mighty lot of dash", who are still remembered with awe for leaving the ground looking more like a battle-field than a sports arena after their matches.

Paterson's poem The Man From Snowy River was the work of a man who (although a city solicitor) felt for those who lived in the mountains and the high country. Over a hundred years later the descendants of those people still vie for the right to claim the original "Man" in their families. Paterson, however, always insisted that he had not been writing about any particular man: "The verses were intended as a ballad, not as a newspaper report of a sporting event"; "He was... a brainchild of my own imagination"; "I felt convinced that there must have been a 'Man from Snowy River'. I was right. They turned up from all the mountain districts - men who did exactly the same ride and could give you chapter and verse for every hill they descended and every creek they crossed."

One popular contender for the title of "the Man" was Lachlan Cochran, from Yaouk. A buckjump rider and jockey, Lachlan had returned from the Boer War with five medals. His skill and courage in the saddle were the subject of numerous stories that Paterson might well have heard. Lachlan's brother Neil turned out to be a match for his brother. Neil received a telegram one day to say that Lachlan was dying in hospital in Cootamundra and wanted to see him before he went. There was a train departing from Tumut (Tumut Shire) next morning, but Tumut is 130km from Yaouk by way of some of the steepest and most treacherous country in the mountains.

At dusk Neil left Yaouk and he rode through the night. He had covered move than 100km in 13 hours when his horse broke down in Blowering. He borrowed a mare from a station he was passing and arrived in Tumut as the train arrived. He reached Cootamundra just in time to see his brother before Lachlan slipped into a coma and died.